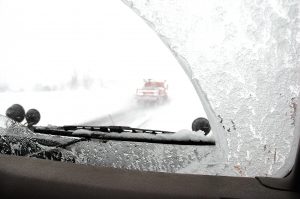 Nearly all the respondents (94 percent) reported feeling fatigue at some point while operating a snowplow during winter weather events. The majority of vehicle operators (59 percent) reported their shifts of 8 to 16 hours included both daytime and nighttime segments. Smaller proportions reported that they worked primarily during the day (22 percent) or primarily at night (18 percent).

Based on the results and analysis, researchers ranked the in-cab and external equipment that caused fatigue. The top four equipment-related sources of fatigue were bright interior lighting, standard windshield wipers, misplaced or insufficient auxiliary lighting, and old or uncomfortable seats.

Among the non-equipment-related sources of fatigue, the most commonly reported factor was silence (lack of music or talking), followed by length of shift, lack of sleep, and insufficient breaks.

Using the same ratings, researchers developed a list of recommended actions that can be implemented by agencies to decrease driver fatigue. The recommendations were based on a comparison of each solution’s costs (equipment costs and potential risk of adversely affecting fatigue) and benefits (effectiveness in reducing operator fatigue).

Among the researchers’ equipment-related recommendations, the most cost-effective called for adding:

According to the report, both the equipment-related and non-equipment-related solutions provide easy and quick corrective actions that agencies can implement immediately to increase the health and safety of snowplow operators.

This article originally appeared in the September issue of the LTAP Technology Exchange.